Heron on the menu? Er, no actually! 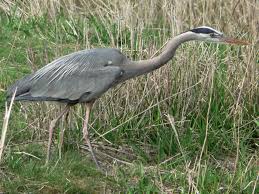 A rave review about Jeremy’s in a Sussex newspaper reports: “We agonised over dishes such as quail with mushroom arancini, pheasant and foie gras terrine, loin of Southdown lamb and seared scallops with bisque and apple.”

So far so delightful. But there were some raised eyebrows – gasps, even  - with this paragraph: “We nibbled on thick slices of home-made walnut bread, black and green olives and a pair of canapés – including a gorgeous almost silk-like slither of heron.” Heron? What? Some mistake, surely? You bet!

In Great Britain the heron is protected at all times under the Wildlife and Countryside Act 1981, with fines or prison sentences available for anyone killing or attempting to kill one.

So no, Jeremy has not been out in the night near his Haywards Heath home de-capitating these stately birds!

“It was supposed to be herring, not heron” he smiles forgivingly. “It was just an unfortunate typo in an otherwise wonderful review of what we have to offer at Jeremy’s!”

Intriguingly, however, the heron was a popular dish with the Romans, who added herbs and wine to the delicacy at banquets. And an old Kentish recipe for Heron Pudding says “it must be ascertained that no heron bones should be broken because they are filled with fishy fluid which if exposed to the flesh makes whole bird taste of fish”.

But reassuringly, Jeremy says: “Any heron which feels like paying a visit to the pond in our gardens here at Borde Hill can feel quite safe.  It will not end up in a Heron Pudding!”